The bedrooms end the two sides. They are painted with drapery imitating the curtains of a canopied bed and, at the centre of the vault, panels of Venus at her toilet and Psyche carried by the winds by Pietro Paoletti.

Thanks to several archive photographs from the newspaper Il Tempo, it has been possible to establish that the furniture (a bed, wardrobe, chest of drawers, console, two bedside tables, a small armchair and a chair) found by chance in 1997 in a ministerial store once belonged to the Casino Nobile in Villa Torlonia. They came from the bedroom of Giovanni Torlonia Jr, the room later used by Benito Mussolini during his stay in the Prince’s palace from 1923 to 1943, which he rented for the symbolic sum of one lira a year thanks to the gracious hospitality of the Prince.

Commissioned from an unknown craftsman at the start of the 1900s, the furniture is in Genoese Baroque style typical of the eclecticism of the end of the nineteenth century, which mixed aspects of the Renaissance and the Baroque in reaction to the Greco-Roman classicism that had by then become uniform and sterile.
Genoese Baroque is typified by an overabundance of decoration: inlays, volutes, floral ornamentation and human figures are strewn over a very simple structure.

The frame of the imposing bed is made of elm with walnut veneer. The scrolled ornamentation of the two bed-heads and also the feet of the bed are elaborately carved. The feet at the head of the bed are in the form of spiral columns that rise to become part of the sides of the bed-head.

The two bedside tables are in the style of Ligurian furniture design of the seventeenth century.
Standing on a stepped base, a small dresser, with a central door and drawer in the upper section, is adorned by pilasters decorated with the large heads of putti. And handles in the shape of male and female heads are a further unusual feature.

The chest of drawers is also characteristics of seventeenth-century Ligurian design: the handles of its four drawers are in the forms of the heads of a man (on the left) and a woman (on the right). Perhaps this was meant as a symbolic representation of the three ages of man: youth, maturity and senility.

Due to its large size, the wardrobe is not exhibited.

The furniture is completed by the console, whose richness of decoration contrasts with its rather simple structure. Rectangular in shape, it has three drawers and stands on a base decorated with volutes and putti. It is missing the mirror whose supports have the same decorative motifs as the bed-heads.

END_OF_DOCUMENT_TOKEN_TO_BE_REPLACED 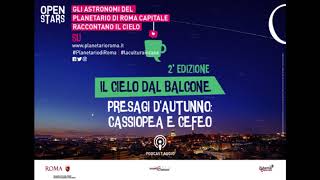