The Museum, located on the top floor of the Casino Nobile, was open to the public in 2006 thanks to the support of Netta Vespignani, Miriam Mafai, Enzo Siciliano and Claudia Terenzi.

The works of art exposed in the rooms of the Museum offer a complete view on one of the most  beautiful and interesting moments of the twentyfirst century arts, the figurative research in Rome between the first and the second world war.

From the characters of the magic Realism such as Antonio Donghi, Francesco Trombadori, Riccardo Francalancia, Ferruccio Ferrazzi, to that particular moment known as “Scuola di Via Cavour”, with Mario Mafai’s works of art, Antonietta Raphaël, the painters of the Thirties - Corrado Cagli, Giuseppe Capogrossi, Emanuele Cavalli, Roberto Melli, Guglielmo Janni- and those who, around the second world war, created a new “Realist language”, such as Alberto Ziveri, Fausto Pirandello, Renato Guttuso, the young Renzo Vespignani. To not forget some others who in sculpture such as Pericle Fazzini, Mirko Basaldella, Leoncillo Leonardi and of engraving  such as Luigi Bartolini, a master of engravement.

The name “Roman School” is based its on some elements of determinant continuity: the relation with the city and its myth of antiquity, the ritual of “crafts”, the experimentation and, especially, a deep intolerance towards arts as the expression of a regime. Maybe as a reaction to the rhetorics, the works of art of these artists are an expression of the inner realities, of some looks full of anxiety, of a town  in its hidden places or in those ones disappearing.

Among the most important masterpieces we can find a collection of portraits, among which Ferrazzi’s portrait (San Bernardino, 1943) and  Roberto Melli’s one (1936) and some portraits such as, Ziveri’s one (painted by Guglielmo Janni, 1936), the landscapes (and the roman visions) Francalancia’s ones, Bartoli’s, Socrate’s, Vespignani’s portraits, the precious Francalancia’s still lives (Tea pot and caki, 1925) and Trombadori’s (Still life, around 1940).

The second world  war art is represented in Francesco Ingrao and Ksenija Guina’s collection, given to the heirs by Roma Capitale and permanently exposed in the Museo della Scuola Romana in Casino Nobile di Villa Torlonia.

After Francesco Ingrao’s death, on 27 september 2003, and Ksenija’s art work, in february 2010, Mirjana Jovic, Ksenija’s sister, gave to Roma Capitale, thirtyfive works of art of the Ingrao – Guina collection. Part of the collection  is in the Museo della Scuola Romana in Casino Nobile di Villa Torlonia from 2011.

As a symbol of an inner and amatorial collectionism, the art works here exposed are  signed by some of the main artists of the Italian and International twentieth century: from Mario Mafai, Mirko Basaldella, Corrado Cagli, Renato Guttuso, Luigi Bartolini, Mino Maccari, Nino Bertoletti, all representatives of those masterpieces according the subjects and the languages of the Roman Schoool, to Alberto Burri, Giulio Turcato, Sebastian Matta, Pietro Consagra, the youngest protagonists of the artistic scene of the second world war.

In this precious collection you can find a particular aspect of the twentyfirst century which takes its origin from the passion for arts and the humanity towards the artist. An important heritage of that sinergy between the private and the public institution  which allows to not loose and resume the history of the roman collectionism during the years of our postwar and its extraordinary and wide artistic season.

END_OF_DOCUMENT_TOKEN_TO_BE_REPLACED 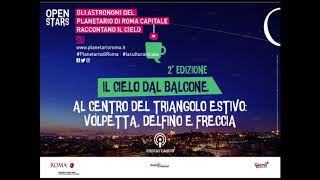